Do You Have A Display Project We Can Help With?

Lutron, a leading manufacturer in the lighting control industry, has partnered with Versatek on projects since we started. In one example, Lutron worked with Versatek to manufacture an interactive display to showcase Lutron Caséta, an app- and voice-controlled smart home product that controls lighting, shades, and ceiling fans.

Versatek’s team collaborated with Lutron to design and engineer an attention-grabbing display that featured their light-dimming product. It was designed to entice customers to interact with the three dimmers mounted to the display. Critical to the display’s success was a functioning lighting and electrical component, allowing consumers to test the product before purchasing. The display also included a built-in monitor that played a promotional video showcasing Lutron Caséta. Below the interactive elements, scan tag hooks held the product ready for consumers to take with them.

This retail display was distributed nationwide to increase Lutron Caséta sales. Some displays required additional customization for special in-store placement requirements. Each display was shipped fully assembled, including the electrical, lighting, and video components. As a result of Versatek’s quality and ability to turn concepts into successful displays, Lutron is a repeat client. 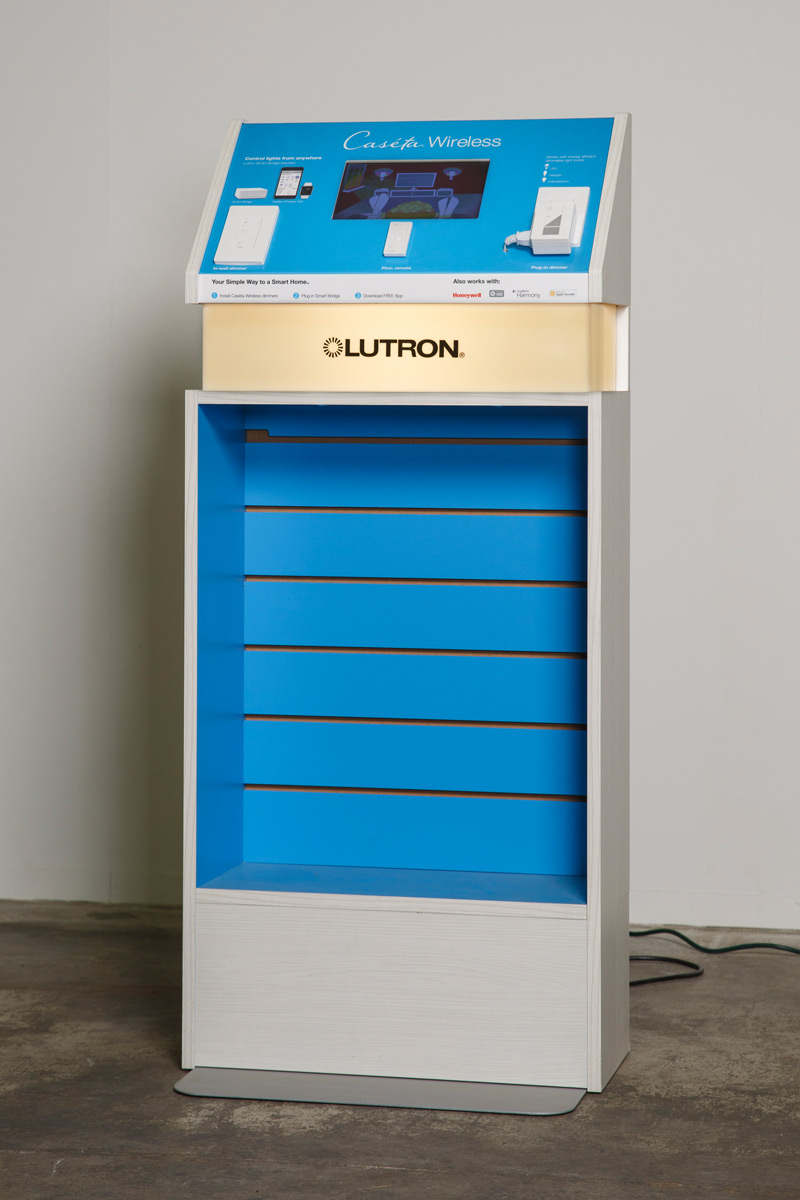 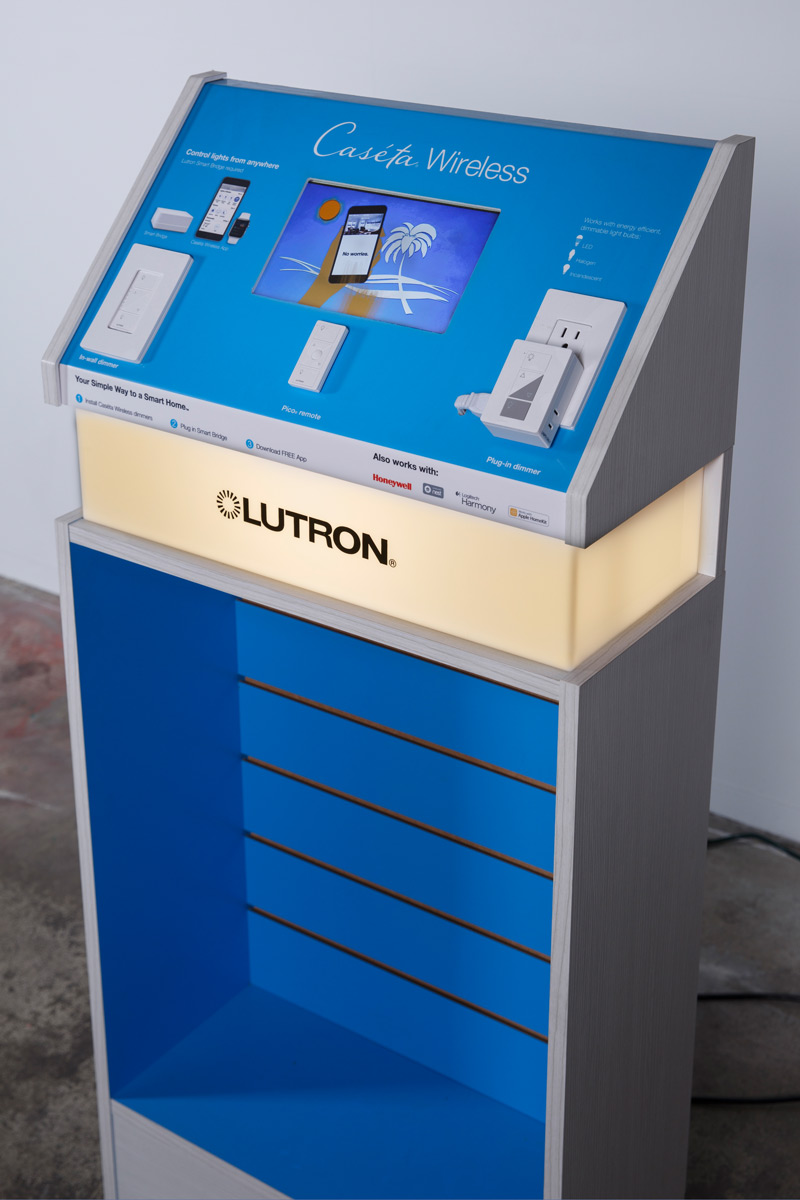 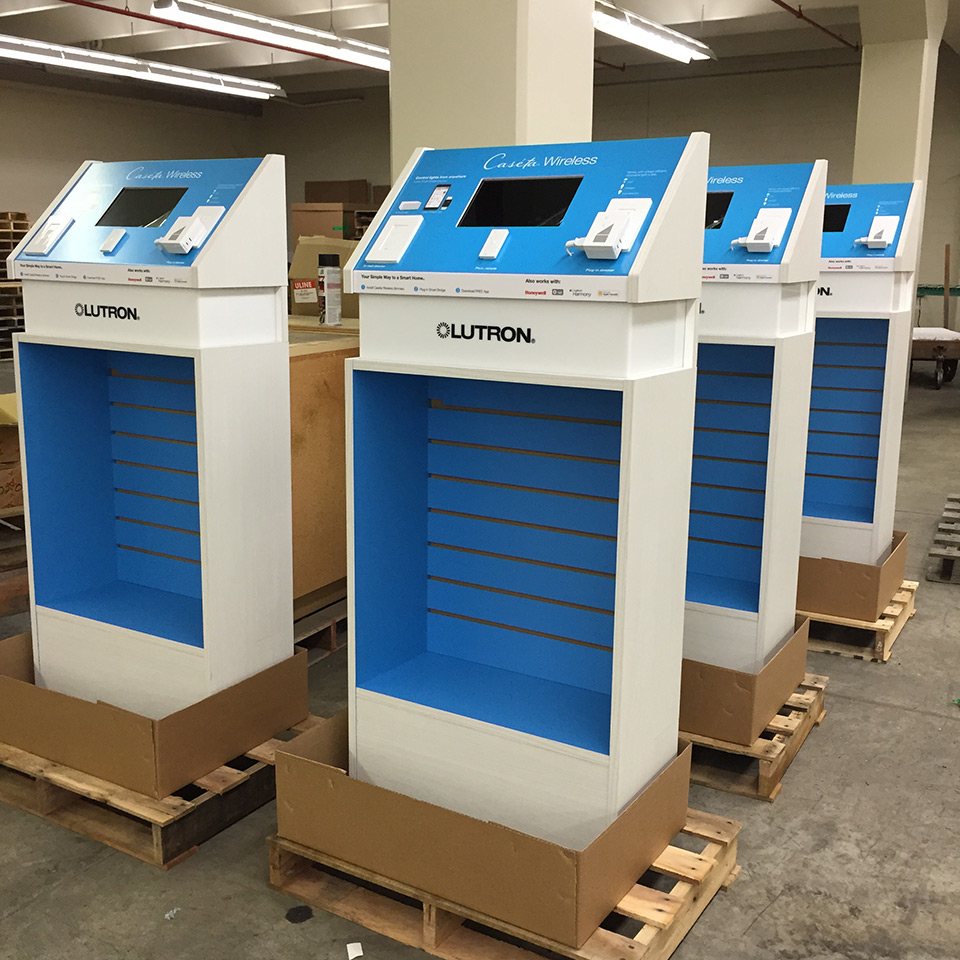